New season of content: Decipher the Media and more...

August 20, 2018
This is more of a repost, but with a little more free time, I'm now able to release content that I've been sitting on for far to long.

Coming up on the Cipher Eye Media release schedule are several more podcasts, in addition to a video or two from my video game project, play.matrix. 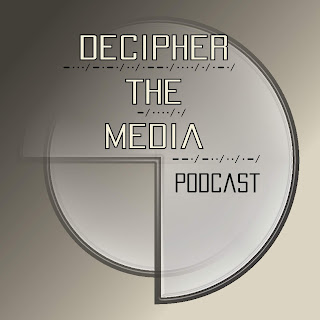 This is the first video game episode of the podcast as Gee Marsh joins to talk about many of the things that came to the Electronic Entertainment Expo this year! Join us as we break down the E3 conferences hosted my many of the big names in the video game industry, as well as many trending topics in gaming.

What goes into the practical effects that you see on screen or stage? How do they make the makeup or effects really stand out? Well, those are trade secrets of the artists involved with this magic. However, we did touch on that work as I sat down with Lindsey Donley and Shay Francis, professionals in Makeup SFX. From their time at the Tom Savini School to their work in the indie film and theater communities, these two talk about how all this has played a very integral role on each project they have been a part of.

What goes into writing and producing a good comedy series? Joe Bucci and Ian Altenbaugh return to lay down some more details of their indie series, Hobo Hunters. And, as per usual, no 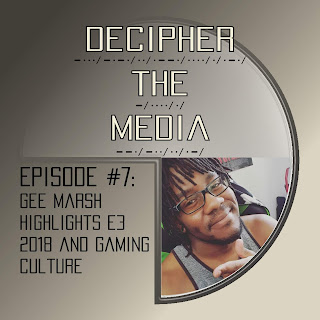 subject matter is off the table with these two!

Decipher the Media #9: Andrew Wolf and Danielle Winters discuss their favorites in television, film, and theatre

Join Andrew Wolf (Theatre N'at host, actor) and Danielle Winters (actress) in this wonderful and insightful podcast as they discuss the films we have worked on in the past, and their favorites in many forms of art and media, including television, film, music, and especially theatre.

And coming up on the play.matrix network:

After testing the waters, play.matrix returns with its video series, highlighting new and old titles in gaming. This time, I tackle the original Half-Life from the beginning, up until the point that I get tired of dying. And don't worry, I kept track of how many times I died.

I decide to explore this side-scrolling shooter as I fight off the cartoon-like bosses and die. A lot. And then fight some more bosses. And then die a lot more.

Popular posts from this blog

The Decipher the Media Podcast returns with musician Dan Suriano

January 17, 2020
It's 2020 and it's time to get motivated with New Year's resolutions! So, of course, I'm releasing an episode of the podcast that was recorded back in September. The end of the year welcomed in a flurry of new projects that have kept me busy and put a damper on my release schedule. But, now that I'm relatively caught up on (most) everything, I'll be going back to regular releases in 2020.

On this episode of the Decipher the Media podcast, I sat down with guitarist and songwriter Dan Suriano to talk about what it has been like to write and release music for his band Nephele, his process of writing music, and his history with the band. Dan also talked about the experience playing live shows and playing with bands such as Thank You Scientist. There is a lot that goes into the…
Post a Comment
Read more

October 30, 2019
Mackenzie Horne stops by to talk about the creative profession and what inspires her to get into writing as well as the local jazz music scene in Pittsburgh. How does culture influence your journey into creative media? How do you begin your creative journey? What do real world experiences invite to the creative process? We explore those questions and more as Mackenzie takes us through her history and experiences as a writing professional, even tying together that work with her contributions to the local jazz community. Join us as we explore the many aspects of creative cultures and how they impact our lives in this latest episode of the podcast! Be sure to follow Mackenzie and her work for more!

March 11, 2020
The latest episode of the Decipher the Media podcast is now available! You can download it from iTunes, Google Play, or Stitcher. Read the description below for more. Be sure to leave some feedback on the podcast. I'm always open to your input as well!

Description:On this episode of the Decipher the Media Podcast, I sit down with Alex Cassun of Indieground Films to discuss his experiences in filmmaking. In this very informative discussion, Alex talks about his roles in the industry and the films he has worked on. He breaks down his experiences in film as a Producer, Writer, Director, Assistant Director, and his role in the Art Department. Alex and I discuss the importance of thinking about a filmmaker's target audience and the film's end goal, producing with constraints, social influence of a film, finding your voice in the film you develop, and other advice that comes directly from Alex's experiences. If you would like to learn more about Alex's film work, please …
Post a Comment
Read more